I don’t like complaining but when I receive such terrible customer service I feel it my duty to warn others so they don’t make the same mistake.
For my sister’s 19th birhday party she wanted a special cake so she ordered a topsy turvy one from Cakes by Shelly in Eaton Bray (near Luton, Dunstable and Leighton Buzzard). We picked up the birthday cake on Saturday, kept it at room temperature in our store room and then took it to the venue on Sunday. When we cut the cake at around 5pm on Sunday it was terrible, so dry that it was inedible. The chocolate sponge wasn’t even brown, it had flecks of white like it had been sat out for days. The vanilla sponge was just as dry. Noone ate it, all the pieces we cut were left in their plates, what a terrible waste of £60. We called the cake company and left a phone message on Monday at 4.30pm but noone called us back until Tuesday. When they did call back it was a chap called Daniel, the lady that made the cake, Michelle did not talk to us as she was “busy”. Here are some photos which unfortunately don’t show how awful this cake was. It was dry as a bone and hence why the cake wasn’t finished. 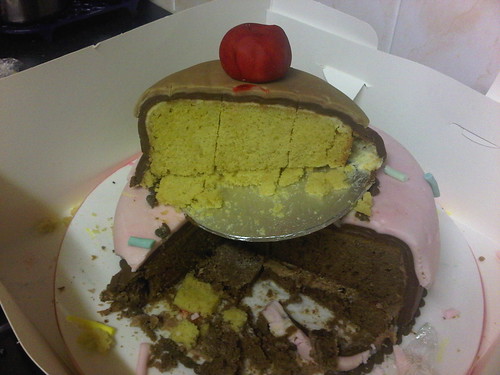 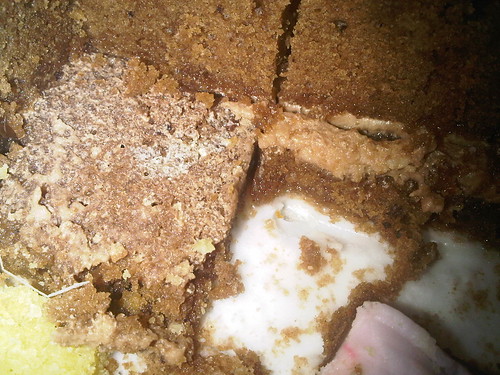 They did not accept liability but instead gave us these excuses:

Not only are we disappointed with the product but their customer service is shocking, they just make excuses for their mistakes and were adamant in blaming us. They didn’t even give us a chance to show them the cake. Wouldn’t it have been better to admit your mistakes than lose a customer and many potential ones who read this blog post? I’m an amateur baker and I could have made a cake miles better than this one! What a waste of £60 and a disappointment to my sister on her birthday. We certainly won’t be ordering from them again and recommend you don’t either.